We are very pleased to record a kind donation from our friends, Dave and Kath Cutler.  Rather than sending cards this Christmas, they made the generous decision to donate monies to the charity instead.  We are very grateful for their consideration and support.

A superb night was held at the Hallmark Hotel in North Ferriby, attended by more than 160 supporters of the charity. A total of almost £5,600 was raised on the evening, later increased by £3,500 of match funding from Santander, taking the total to almost £9,100!

Please see the specific page devoted to the 2012 Race Night within the "Past Events" menu on the homepage.

Our friend, Carol, decided that she would not be sending christmas cards this year but would rather donate her saving to charity.  Her very kind gesture has resulted in a donation of £50 to the Foundation and we are extremely grateful for her support.  Many thanks to Carol and what a great idea!

Keen runners, Jayne and Jill, took part in the annual 5k race on behalf of the charity.  They did really well to attract sponsorship of £155.50 and enjoyed their run! Many thanks ladies, your ongoing support is very much appreciated. 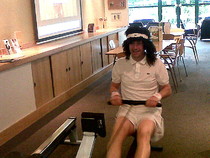 As part of a team of Barclays employees, Mark (pictured above!) completed a fantastic distance of 65 miles over 8 hours of rowing within the 24 hour event.  How much further could he have gone if he had dressed as Sir Steve Redgrave?!!! This was a tremendous effort and attracted sponsorship of £262 which has been matched by Barclays to give a total of £524.  Thanks very much Mark. 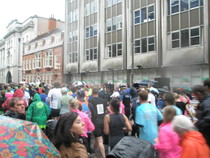 Congratulations and many thanks to the 18 runners who completed the Hull 10k this year and helped to raise a total of £2,769.20 by way of sponsorship.  Special thanks to Alison Branton who was able to secure matched funding of £500 from her employers, Lloyds TSB.  The race really is a fantastic event and we are already looking forward to 2013 when we hope to attract even more runners for the charity. 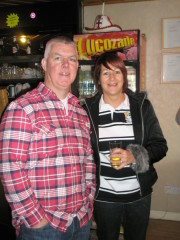 Fighting under the title of "Tony 'The Tornado' Lumb" our good friend donned the boxing gloves and entered the ring on Saturday night to represent the charity at the KC Stadium.  Having trained very hard for the last few months, Tony was cheered on by a large crowd of supporters and put in a tremendous effort both in the ring and, with the help of his wife, Mandy, outside the ring in gaining sponsorship.  This was something completely new to Tony and took a lot of courage and we are delighted that his brave efforts raised in excess of £1,100!!  Sincere thanks to Tony, Mandy and Jack for their support. 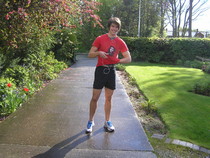 Our next-door neighbour Rob Watts is away in France when the Hull 10k takes place on June 3rd, but very kindly completed his 10k run a couple of weeks ago and raised a fantastic sum of £325 in sponsorship.

In addition to supporting the Charity, the run marked for Rob a further stage in his recovery from a serious accident. Last year, Rob was travelling in the Far East and on 27th November, 2011, whilst riding a motorbike in Kow Lak, Phuket, Thailand was involved in a collision with a bus. Rob ended up in intensive care with two blood clots to the brain, a double fracture of the jaw, a dislocated index finger and a badly broken right hand that required six hours of surgery to reconstruct it.

Due to his experiences he would like to publicise the fact that it is not advisable to ride motorbikes in South East Asia, however tempting it may seem.﻿ Rob survived, many, sadly don't and it is due to the skill and care of the Thai doctors and nurses that he has been able to make a full recovery. He is now fit and well and has a place to train as a Chemistry teacher at Newcastle in September, 2012. Rob runs regularly and enjoys keeping fit and his fitness was said to be a major factor in his recovery. Thanks again for your efforts Rob and good luck for the future! 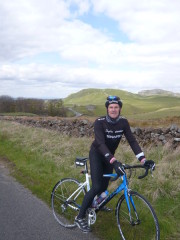 A huge thank you to our friend, Ronnie, for biking coast to coast, covering a distance of 195miles, in 13 1/2 hours over 2 days!  An amazing £489 sponsorship was collected. A great achievement Ronnie and many thanks to you. 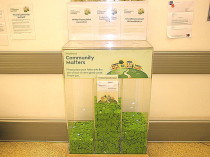 April 2012 - Waitrose Charity of the month

Each month Waitrose donates a total of £1,000 which is split across 3 nominated charities.  We were very fortunate to be selected as one of the nominated charities for April 2012.  Shoppers vote for their preferred charity using their green disc and as the photograph shows, (we are the middle one!) The Nicholls Spinal Injury Foundation proved to be the most popular choice and a cheque in the sum of £508 was gratefully received by us .  Thank you to Jo Jackson at Waitrose for her assistance with this. 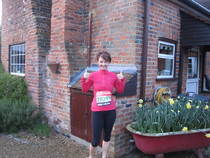 When Claire heard that we had a place available in this year's London Marathon, she didn't hesitate in taking up the challenge.  This was Claire's first marathon and, from the outset, it was clear that her commitment and determination would see her through what would be a tremendous feat of endurance for anyone.  With the support of her husband Shaun, and her children Emily and Josh, she put in the miles, gradually building her training runs up to 20 miles!  She courageously completed the marathon in a superb time of 5hrs, 7mins and 50secs which saw her leave Suzannah Reid of BBC Breakfast TV in her wake!  We can only imagine the tremendous effort that Claire must have committed in meeting this challenge and we are extremely grateful to her.  Many people have recognised Claire's efforts and the amazing sum of £2,111.00 has been pledged by sponsors.  We are very proud of you Claire and hope that others will be inspired by you.  Very well done. 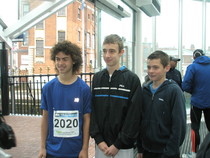 Despite the torrential rain on Sunday, 3rd June, 19 runners braved the elements to pound the streets of Hull to raise money for nsif.  In true British spirit everyone made the best of the bad weather and thoroughly enjoyed the experience.  Three of our younger runners, Henry Waters, Bobby Pye and Ryan Gay, are pictured above prior to the start, keeping dry! 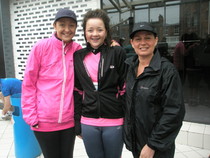 Colour co-ordinated in pink and black, Claire (who completed the London Marathon in April this year on behalf of the charity), her daughter, Emily (age 15) and friend, Alison, were full of smiles before taking their place at the start line.

Caroline Barker, pictured with her husband, Alan, was supported by a number of her family.  This obviously paid off, as Caroline was the fastest of the female runners representing the charity, recording an excellent time of 49 minutes 22 seconds.  Congratulations Caroline! 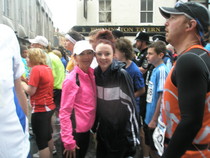 Angie with her niece, Jess, who eagerly awaits the challenge of her first 10K run! 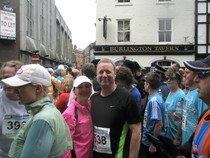 Angie and John just before the race start countdown. 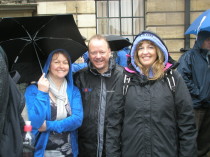 Bev, Carl and Helen, three of our loyal supporters.  Cold and wet but still smiling! 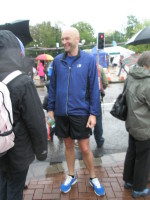 Keen runner, Mark Holdsworth, looking as fresh after the race as he did before it! 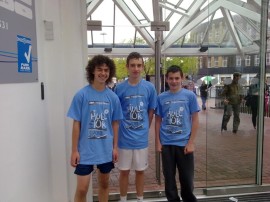 Henry, Bobby and Ryan, triumphant in their official 10k Tees! 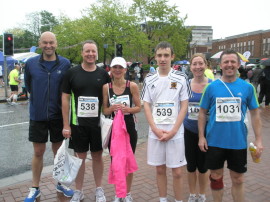 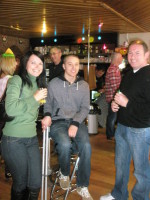 Vicky, Steve and John enjoying the after race get together at Palm Springs in Anlaby 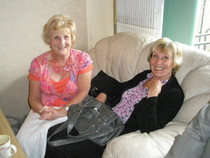 Sisters, Auntie Glynis and Judy soaking up the atmosphere! 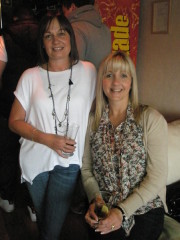 Thank you to all our runners, sponsors and helpers with special thanks to the following

Our major fundraising event this year was a Race Evening, Supper and Disco held at the Hallmark Hotel, North Ferriby.  Ticket sales exceeded our original expectations but thankfully the Hallmark was able to accommodate additional tables so that 168 people could enjoy the event.

The evening was a huge success and an amazing £5,597.50 was raised for the charity on the night! We are very grateful for the fantastic support of all of those people that attended with particular thanks to the following individuals who helped the evening to pass so smoothly :

We were absolutely delighted to hear from everyone on the evening that they had really enjoyed the event, but we would welcome any feedback or further comments and would appreciate it if you could take the time to send us an email.

To view/buy photos taken on the evening please visit www.papzsnapz.co.uk

Thank you all for your ongoing support - it means so much to us and brings closer the day when a cure for spinal injury is achieved.